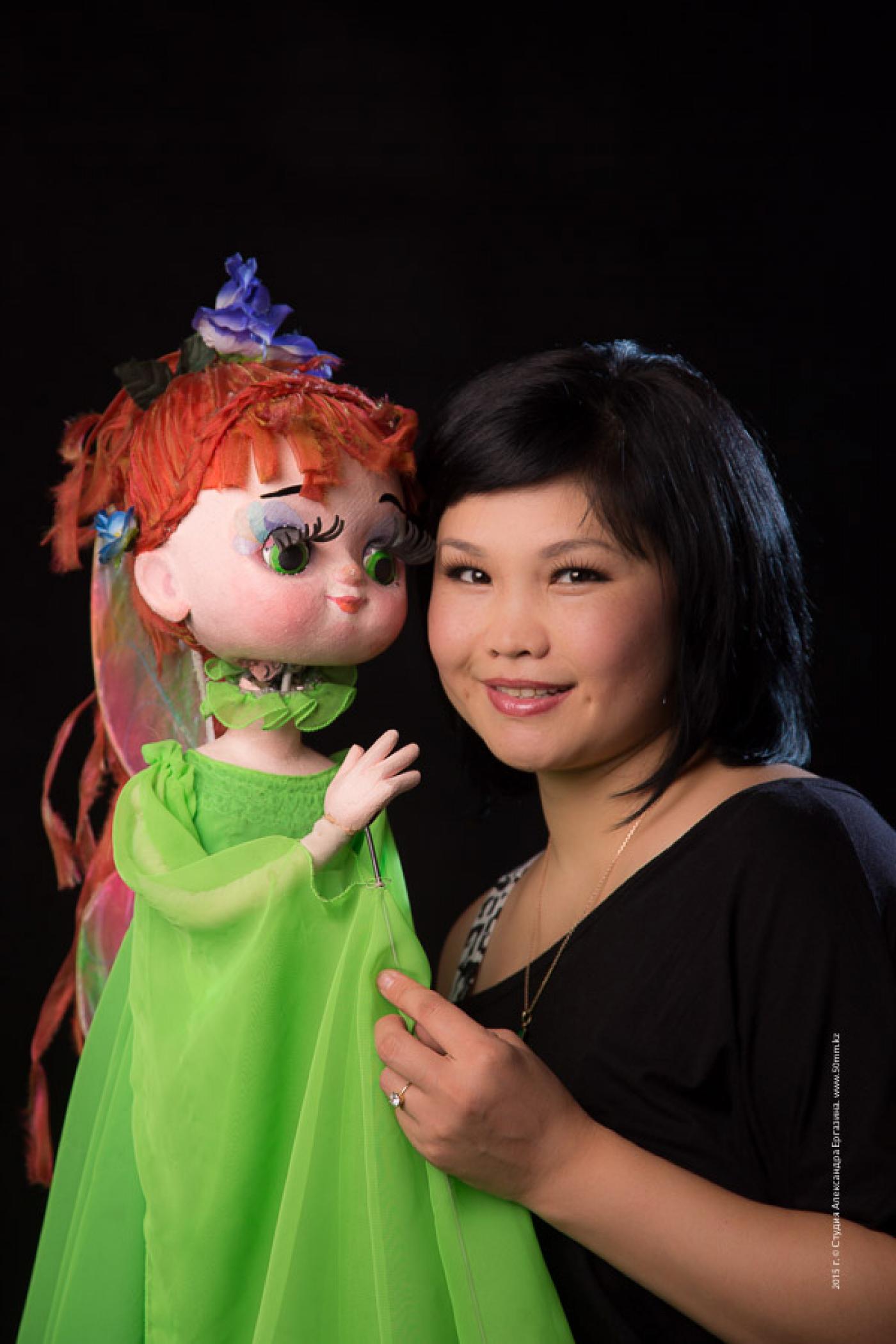 Momynzhanova Ulbolsyn Altynbekkyzy was born in 1983 in Algabas village of South Kazakhstan region. In 2003 graduated the College of Stage and Circus in the name ofZh.Elebekov with a degree in “Actress of a Puppet Genre”. In 2016 she graduated the Kazakh Pedagogical University with a degree in “Cultural Rest”. She has been working at the State Puppet Theater since 2004.

In 2016 she was awarded with a Letter of Gratitude from mayor of Medeu district.